Trapped in a Video Game

Trapped in a Video Game 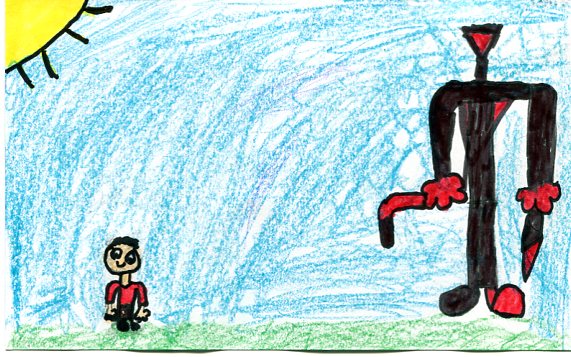 Do you like video games? if you do I think you will like Trapped in a Video Game: Revolt. This book is about the main character, Jessie trying to save the virtual reality world. As you travel through the virtual world Jesse meets many new people. Jessie learns a valuable lesson about friendship. Who is going to destroy the virtual world but Jesse and his new friends be the saviors!

I recommend the book, Trapped in a Video Game: Robot Revolt by Dustin Brady for many reasons. I think this is a good book because it's about video game action adventure and friendship. The book is about a character named Jesse who is trapped in a video game and Jesse is trying to save the world the video game world Jesse saves a robot, face obstacles like mud pits and video game characters trying to stop him. My favorite part was when he was fighting galatrox because there is not much action which excited me to read more. Jesse is like me because we both enjoy video games and I make the same decisions as him. I love all the books in this series, trapped in a video game. The author Dustin Brady used a lot of description and gets the reader excited. I want to read all the books in the series even. A reader who loves adventure and fantasy well enjoy this book, give it a chance, you won't be disappointed!

I would highly recommend Trapped in a Video Game: Robot Revolt by Dustin Brady. I recommend this book to children my age because the action and adventure. I would believe children will enjoy this book because it's about video games. The genre is fantasy. This book is enjoyable to read because it's about character, Jesse who's stuck inside a video game in trying to save video games. The book is relatable to many children in the adventure wants you to com coming back for more. Some big lessons learned in this book arc two follow your gut, be brave and never give up on the things that you want to accomplish. The main character is embodied these lessons throughout the book I believe this book is an easy read and kids everywhere can relate. Kids will really enjoy this book and I