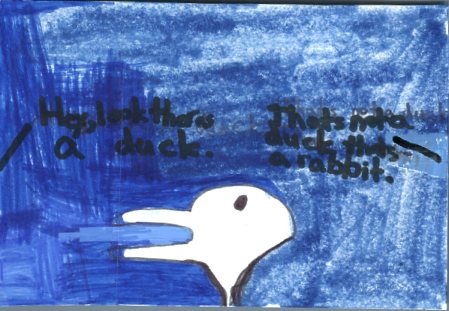 Do you like humorous fiction books? If you do, then you will love Duck! Rabbit! by Amy Krouse Rosenthal and Tom Lichtenheld. It is about two people arguing about whether or not it is a duck or a rabbit.

I recommend this book for second grade and under. I love the book a lot and I hope you will too.