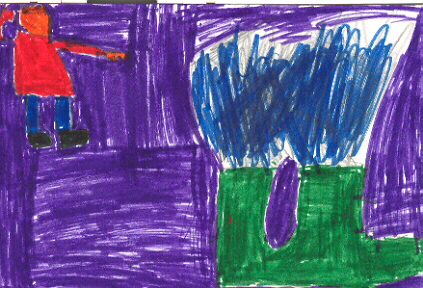 What would you do if you needed to help someone but couldn't understand what they were saying? Nine-year-old Dennis meets ghosts from all different places and times. One day, he meets his Uncle Arvie's ghost. He wants three things, but because he had a stroke, his Uncle's words are all scrambled. Dennis can't find out what Arvie wants, and Arvie is not going to leave until he gets it.

I would recommend this book because it always keeps you guessing about what Arvie is saying. Audiences that would like this book are people that want to learn about ghosts, and have fun doing it.