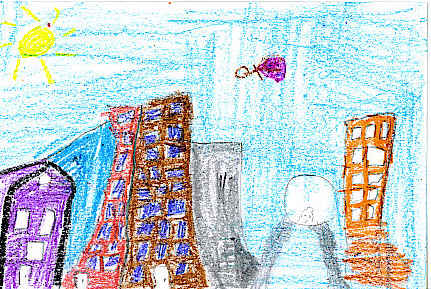 I like the author’s illustrations because they were full of action. I think the book would be better if he added more details to the story to make it more real. I like the plot because it is funny.

This book is entertaining for children who like funny books and children who would laugh when someone gets turned into poo poo. I think this is a great book for seven and eight-year-olds. Children who like adventures would also like this book.

Zoe L.
is a student in
Alison and Lisa's' 3rd Grade Class