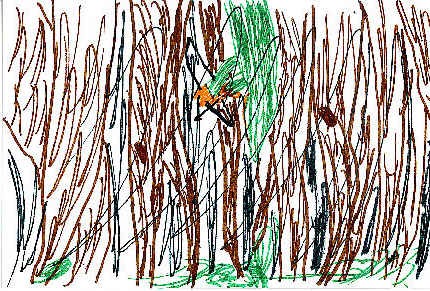 Robin Hood and his gang, called the merry men, have many adventures and get into lots of fights. One of the big fights is against a gang led by the sheriff. What other fights do they get in? Who won? Read the story to find out!

I like this book because it was exciting. I liked the adventures that Robin Hood had, especially when he tricks people. I think that I would like to live like him because it would be cool to live in the woods like he does.

I think that this book would be good for people who are 5 or 6 and up because the book is a little violent. It would be a good book for people who like reading about fun adventures.

Patrick F.
is a student in
Elaine and Ana's 3rd Grade Class