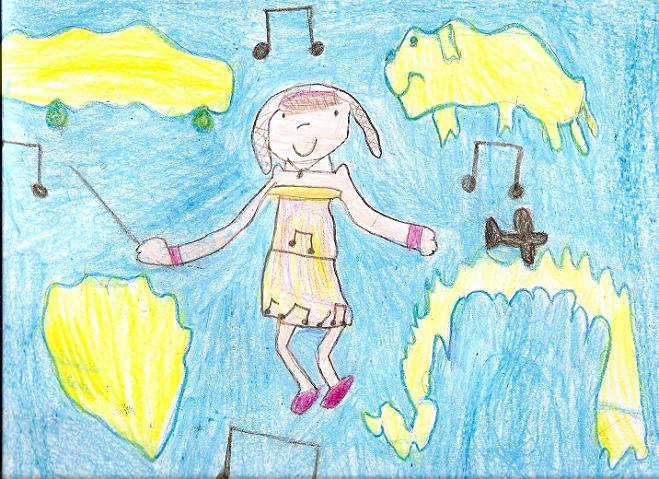 This book is about two girls and a fairy and a goblin in a piano. The piano was playing by itself because the goblin was inside. The girls make him stop by playing the cymbals above his head because he had stolen the fairy´s magic music bag. He had stolen the bag for a party at his master´s ice castle. His master is called Jack Frost. The fairy needed this bag for the 1000th jubilee, a type of fairy party. In this story there is a boom box that breaks and the fairy makes the instruments play by themselves. Rachel ask the fairy to play them for Kirsty´s dance teacher.

My favorite part of the story is when Melodie makes the instruments play by themselves because I like music but most of all I like magic! Rachel reminds me of myself because she is blond and she thinks that she is beautiful! This story has a message. It is about teamwork and friendship.