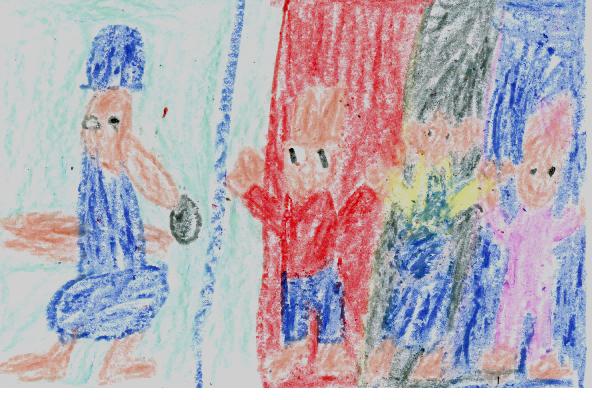 I liked this book because it was funny. It was funny because when Sister Bear went over her bed and made a face at Brother Bear, Brother Bear was the one who got scared. My favorite part was when Brother Bear was making spooky noises and Papa Bear tripped over the clothes tree, Momma Bear tripped over Papa Bear, and Sister Bear fell out of the bunkbed. I read a chapter book that was scary once, and it was like this book. Sometimes when I'm wearing my Halloween costume and I go home, I think there's a green monster in my bedroom so I know how it feels.

Other people would like this book because some of the parts are funny. When Sister Bear got scared and when people were tripping over each other, this was very funny. I think people of all ages would enjoy this book.