Ghosts of the Civil War

Ghosts of the Civil War 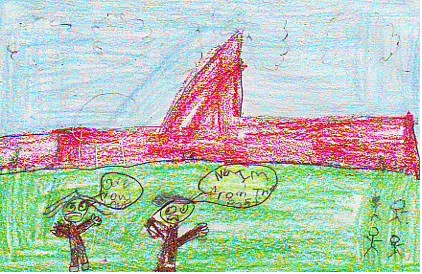 In the story people act out the Civil War, but a little boy ghost came from the past to find out about the real truth about the Civil War. In the middle of the story Abraham Lincoln became president of the north of America. In the end, the war ended at a ranch called Palmito Ranch in Texas and Abraham Lincoln got stabbed by a murderer named Sic Semper Tyrannis and shot the president on the arm.

This book was very interesting because it had ghosts that could go back in time with people who could see them. The character I liked the most was Willie because he could travel through time. Willie also reminds me of my great grandfather who passed away. This is why I liked this book.

If you like history you would like this book. It could be in your library. You should read it because it?s all about the Civil War.