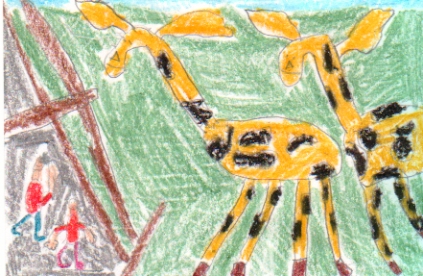 Double Fudge is about a boy who wants to be rich. He asked his brother how much New York City would be if he want to buy it. His brother said that a good name for him is Mr. Money. Fudge is obsessed with money. He's going to be a miser for Halloween. Fudge is crazy about money and he wants to make lots of it. They go on trip to Washington D.C. to see how money is made. They meet a cousin there who has the same name as Fudge. Read this book to see how Fudge faces his money problems and how he gets along with his cousins.

I like this book because Fudge does silly things. He is my favorite character. I have a brother just like him. Both of then know how to bug their family. (One time my brother stepped in poop with his bare foot and in the story Fudge held poop.)

This book is part of a series by Judy Blume. She has written several book about the Hatcher family. Each book is funnier then the one before it.

My favorite part is when they took Fudge to Washington D.C. to see how money is made. They were getting pretty annoyed about Fudge liking money. They thought this might put a stop to it.

Fudge reminds me of me. I like money too. I am not all that crazy about it, but it's fun to go to the store to buy cool, silly things.

Cooper B.
is a student in
Sr. Janet's 4th Grade Class