Anne Frank, The Diary of a Young Girl

Anne Frank, The Diary of a Young Girl 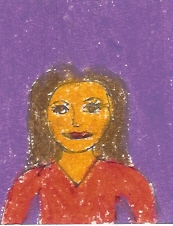 This book is about a girl named Anne. It is 1942 and World War II is going on. She has a sister named Margaret. They all lived in New Amsterdam. I think this is a wonderful book because it teaches you about the history of the Holocaust in World War II. I also enjoyed this because it tells you what truly happened during this young girl?s life. The good things and the bad.

Anne and her family have to go into hiding because they are Jewish. The Nazi Soldiers take away Jewish people and put them into concentration camps. Some people were shot, put into gas chambers, and buried alive. The things that happened to the Jewish people were terrible. I felt sad for all of them.

You should surely read this book because it is very interesting. Anne Frank had to make some hard decisions on what the right thing to do was at this time.