The Secret of the Old Clock

The Secret of the Old Clock 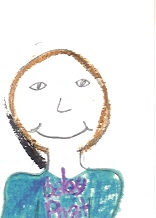 The Secret of the Old Clock, by Carolyn Keene, is a great Nancy Drew Mystery.

It was about a girl named Nancy Drew who is an amateur detective. She was also the daughter of Carson Drew, a famous lawyer. She had to solve a mystery about a will that belonged to a man named Josiah Crowley. The problem was he had spoiled, snobby, and rich relatives called the Tophams. They inherited his estate, but Nancy believeed he had written a second will and raced to find it.

I think this book is a great book because it has some exciting parts in it. It was exciting when Nancy had to try to get out of a locked closet. She also saved a little girl from drowning. It was really exciting when she found a second will written by the person who had died. It was in a safety deposit box. It revealed that he had changed his mind about who he wanted to inherit his estate.

The Secret of the Old Clock is a great book for people who like suspense and mystery. I enjoyed it and if you read it then you should enjoy it, too.