The Diary of Anne Frank

The Diary of Anne Frank 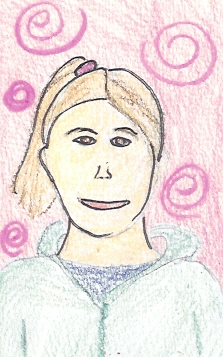 The Diary of Anne Frank is a remarkable story. It tells about what life was like and how it changed dramatically for eight Jewish people hiding illegally from the Nazi soldiers during World War II. This book is actually a diary that belonged to a very special girl named Anne Frank. Her diary tells about her everyday life in hiding with another family. It tells how they couldn?t speak during the day because someone would find them, so they could only talk at night. Also, she writes about food shortages, rations, and all the happy and sad times the two families shared.

When I read this book, sometimes I laughed with joy, and other times I almost cried because of all the descriptions of their hardships and the fights the family had. My favorite part was when Anne Frank wrote about wearing her friend Peter?s clothes,(he was one of the eight Jews in hiding), and Peter would wear her clothes. Then they would put on a show. I liked that part because it was very funny, and it also showed that the two families shared good times, even in such horrible conditions.

I would recommend this book to people who like to read about dramatic, sad, and happy situations in one book. When you read this book, you might realize how much you have, as opposed to other people who don?t have much. This book will inspire many young readers and even adults.