Trixie Belden: The Secret of the Mansion

Trixie Belden: The Secret of the Mansion 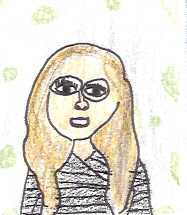 Trixie Beldenand the Secret of the Mansion, by Julie Campbell, is an exciting story that makes you feel like you are with Trixie, Honey, and Jim as they try to solve the secret of the mansion.

Trixie Belden assumes her summer is going to stink. Her two older brothers are away at camp, there?s a copperhead snake on the loose, a millionaire?s daughter moves in next door, and there?s a runaway boy down the block. Maybe Trixie?s summer won?t stink at all.

I loved this book because it was very suspenseful when the mansion was on fire. You start to think that Trixie, Honey, and Jim would be killed. It was also suspenseful because when Trixie's little brother was bitten by a poisonous snake you weren't sure about his fate. Also, you don't know who found Trixie and Honey in the very end of the book. If you like old mysteries then you should read this book.

Miranda B.
is a student in
Mrs. McCullough's 5th Grade Class