Once Upon a Marigold

Once Upon a Marigold 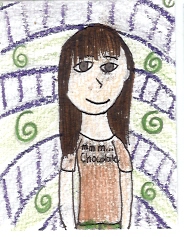 Jean Ferris? Once Upon a Marigold is a fairytale / love story where everyone except Marigold?s mother, Queen Olympia, has a happy ending. In this story a seventeen-year-old boy named Christian who lives in a cave with his foster father, Ed, falls in love with the princess, Marigold. Christian gets a job in the castle, and while working overhears Queen Olympia talking to FenLeigh, her pet ferret. She is talking about how she would have Marigold marry a prince and become queen of a faraway kingdom, and then with Marigold out of the way, she would get rid of her husband, King Swithbert, so she could be the ruler of the kingdom. If you want to know what happens next, read Once Upon a Marigold.

I thought this book was exciting and unpredictable, and I liked it a lot. I liked this book because there were particular parts, like when Christian overheard Queen Olympia, that made me want to keep reading. My favorite part in this book is when Christian hugged Marigold and Ed watched through the telescope in the forest on the other side of the waterfall. I liked this part because the way the author described this scene; I was able to visualize Ed looking through the telescope with his jaw dropping. In this book, the character I disliked was Queen Olympia because she was like the witch or stepmother in most fairy tales, always trying to get rid of someone so they can get all the glory.