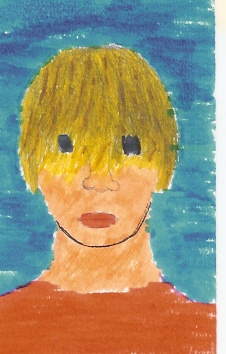 My book is called Among the Enemy by Haddix. This book is very action packed and has a little bit of violence in it. I liked this book because of the adventure and action packed situations between the characters.

My book is about three kids, their names are Matthias, Alia, and Percy. They all get captured by the Population Police (the bad guys), and they are going to take them to their headquarters. This was very exciting and kept me at the edge of my seat. Then, the truck that they are riding in crashes. Suddenly the three kids are free. I was shocked about how this happened.

I liked this book because, it is action packed. There are many gun fights, fist fights, yelling, and lots of suspense. This book is adventurous because the story includes a lot of traveling and missions that Matthias is involved in. I hope you like this book too.

Brett A.
is a student in
Mrs. Winchel's 5th Grade Class