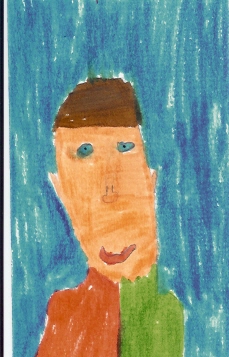 The book that I read was Bone, Rock Jaw Master of the Eastern Border. The author is Jeff Smith. The book was great if you like adventure books. I really enjoyed it! I never thought it would be as good as it was.

It tells a story of two cousins that are both bones, Fone and Smiley Bone. They have an adventure to find their way home. They have a rat creature named Bartleby helping them. They?re trying to find a castle and they need to get through the Master of the Eastern Border, Rock Jaw. It was funny to see Bartleby because he looks weird.

While they are searching, three mice and an orphan raccoon are trying to find them. The three mice and the raccoon take the Bones hostage from Rock Jaw. Finally, the Bones were freed from Rock Jaw, and they got away. This part kept me on the edge of my seat while I was reading. I just couldn't put the book down. Rat creatures were trying to get them as they escaped. Now the Bones have more trouble. They?ve been captured by the king of the rat creatures. You'll have to read yourself to find out the exciting ending!

I thought it was a good book because I liked the characters such as the Lion Rock Jaw. I liked Smiley Bone and the rat creature, Bartleby. They were funny and different from the typical characters in a book.

I recommend this book to anyone that likes adventure books and rat creatures. This book is very humorous. It will keep you entertained. I can?t wait to read the next Bone book in the series.