The Kid Who Became President

The Kid Who Became President 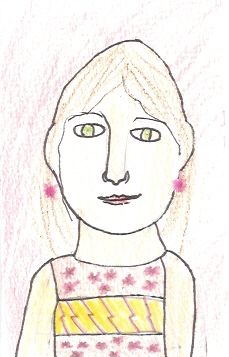 This book is about an eleven year old boy who actually becomes the president of The United States. Judson Moon faces many problems as president. He learns that it is tough making choices because no one is ever happy with his decisions. On Christmas Day Moon is woken up early and must go meet with the leader of Trujillo. It?s up to Judson to talk to Trujillo and convince him not to start a war. Judson Moon and the leader of Trujillo play a video game called World War 4. You will have to read to find out who wins.

The things I liked in this book were how President Moon and Trujillo made a deal. The deal would include playing a video game called World War 4. The outcome would determine the fate of our country. Another thing I liked was when Moon threw a party at the White House and one of his friends picked up the ?Red Phone? for pizza, but it directly called Russia and the Russian man said to call Pizza Hut. The last thing I liked was that Moon thought that he was going to get a break from school for four years while he was president. Boy was he surprised when his teacher ?Miller the Killer? is with him every day.

I would recommend this book to all kids ages nine through thirteen. Just imagine what it would be like to be the President of the United States! But, before you read this book you should read The Kid Who Ran For President.