One Hundred Days (Plus One)

One Hundred Days (Plus One) 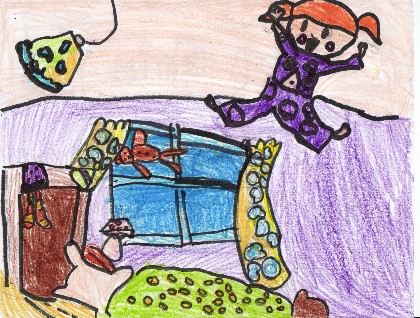 We liked the picture of the school on the cover of the book. We liked it because of the rabbit.

The story is about a girl and a party on the 100th day of school. She was sick on the 100th day of school. She missed the party, and she was really sad. Hannah's mom said that she would feel better on Monday. She went to school on Monday because her cold was gone. She was so happy because at school everyone had 101 things to have a party for the 101st day.

We liked the book because it was funny. It was a great story because we wanted to know if the girl named Hannah would feel better. Our favorite part was when Hannah went to school because we are at school! Our favorite character was Hannah because she was the main character. The illustrations were fantastic. We also like the story because it makes us think that missing a party isn't that bad.

We recommend this book to little kids. It has simple words. Also we think the book is very fun. We love the characters and illustrations and little kids would like them too.