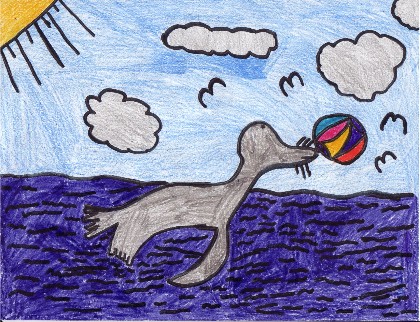 We chose this book because we liked the panda and the face on the cover.

We recommend this book to a kids who are a little bigger because it has very hard words. We think that people who really like animals would like this book.