I am Mexican American

I am Mexican American 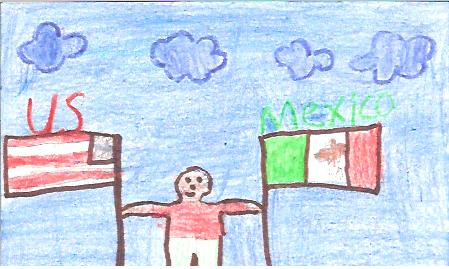 This book is about a boy who lives in Mexico in a small village that came to America with his mom and dad and their little sisters. Now he's Mexican and American. Mexico is a country that borders the United States. In Mexico there's only a little jobs and there isn't enough food to eat. Luis practices the traditions he knows. There's a school that talks Spanish and English. Luis' parents own a restaurant that serves some Mexican food. Rosa is an aunt of Luis and she is an artist. Luis celebrates holidays the same way Americans do. I recommend this book to people who want to know about Mexico.