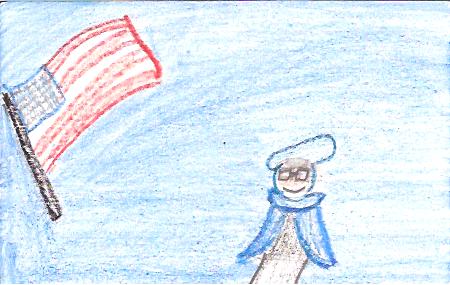 If you want to know what happen to Annie and Jack, read this book. You should also read this book if you what to find out if the people were American or British. I also recommend this book to those of you who like to read about wars. Revolutionary War is a great book. You will love this book!

Jack and Anni are my favorite characters. This is another great book from the Magic Tree House Collection. These books are graet for those of us beginning to read chapter books. This book reminds me about the book titled Civil War on Sunday. In this book, Annie and Jack get a court order from some bad people. This book is also similar to the book titled Navy People Vs. Japans People. Both books are about a war.