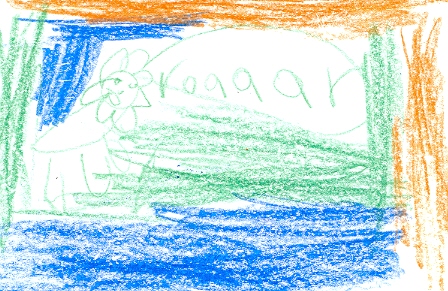 One day Edmund, Susie, Lucy and Peter found a land named Narnia in a wardrobe and then Edmund didn't believe his sister. Then he was surprised to find the White Witch. And then everybody went in and then they met beavers. When the beavers were telling a story Edmund left and then he met wolves. Then the wolves gave up and then they went to war and Aslan destroyed the White Withc and that was the end.

I think a lot of people who like action would like this book because it has action except for the beginning.