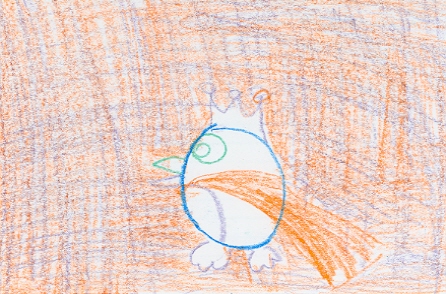 This book is about an emperor penguin that wants new clothes and there are two people that are also penguins that they say they have magic clothing and the emperor finds out about it and he wants this magic clothing. The emperor gives the penguins gold and he says to himself in his mind that he cannot see the clothing so he makes up a story saying that he can see the clothing and he makes a parade. So then the emperor later finds out that his clothing is not magic and that those two penguins that were selling magic clothing were just doing it for the money. To find out more about what happened at the parade read this book.

My favorite part of the book was when during the parade a little kid shouted out that emperor is naked! What I did not like about the was that the two penguins were lying. This reminds me of a book that my sister has called the Cinderella Penguin because both books are alike because they both have penguins. The emperor is like me because I have an old wardrobe of clothing and I never like to wear all of my clothing.

I think my three best friends would like this book because it has penguins and the penguins wear clothes and it is funny. My doctor would not like the book because the emperor penguin is naked and my doctor does not like naked people.