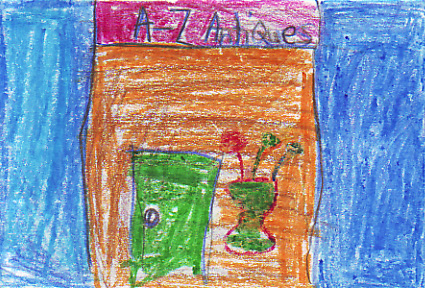 Egyptians. Gods. Ceremonies. This is a story about a group of kids named Marshall, Melanie, April, Toby, Elisabeth and Ken, that make up a game called the Egypt Game. Everyday the kids meet up and prepare many rituals and sacrifices to the gods. Marshall has an octopus named Security and he is now missing. The octopus is very special to Marshall because he keeps him safe. Toby finds Security under the God of Evil. Toby is now captured by a fugitive. Will the game be a success or will it end up in a mess?

I recommend this book to anyone who likes lots of description. This book is good for fifth and sixth graders because there are a lot of hard words and a lot of pages.