More Scary Stories to Tell in the Dark

More Scary Stories to Tell in the Dark 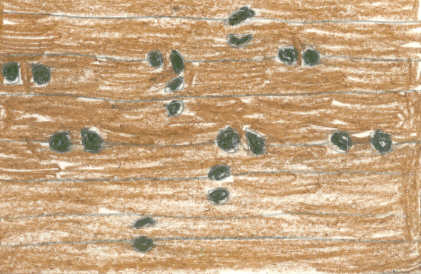 This book is mostly about how scary stories are true and some people think that it is impossible that these kinds of books are non-fiction. I read one story called ?Sounds.? This story was mostly about when the fishermen caught in a storm took shelter one night, and made a fireplace, but they never slept? they heard a woman screaming and blood was dripping down from the roof!

I read another one called ?The Wreck.? This story was mostly about when Fred and Jeanne were having a date with each other. Then when Fred was driving, Jeanne wasn?t there! Up ahead, he saw someone in a car crash, and it was Jeanne!

My favorite part is when there was a woman screaming and blood was dripping down from the ceiling because it was very cool, and I like scary things. My least favorite part of the book was when I was reading this one story called, ?A Weird Blue Light.? It was about when they thought the blue light was Jean Lafitte?s pirate ship. There wasn?t any action.

Leo S.
is a student in
Page Turners After School Program / Rauschenbusch Center