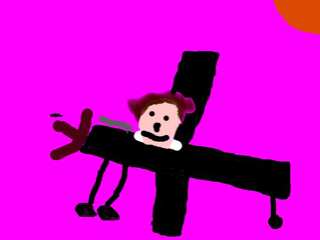 The Art of Keeping Cool by Janet Taylor Lisle is about a young brown haired boy named Robert and his family. Robert's dad, Lenny left home to serve in the U.S. Air Force. Robert lives on a farm in Ohio with chickens, pigs and other animals. Because Robert's dad left, Robert, his sister Carolyn and their mom moved to Sachems Head, Rhode Island. They moved to Rhode Island because their cousins and grandparents live there. During 1942 the U.S. was at war with Germany. Robert's Grandpa was known for his temper. He even threw things at people. Elliot, Robert's cousin, introduces Robert to a German artist named Abel Hoffman. The town's people didn't like Abel and Robert wasn't too sure about him either. Abel had been arrested many times. One day someone set Abel's house on fire and burnt his paintings. Abel walked into the fire and died. Shortly after Robert's dad's plane is shot down. Everyone is heartbroken. Weeks later they receive a letter that says Robert's dad was found in the English Channel alive and living. Everyone was overjoyed when he returned.

I thought it was weird when Abel walked into the fire, it just happened so suddenly. I was happy when I learned Robert's dad was okay. I was really down when Lenny's plane was shot down.

I recommend this book to children and adults because things happen that make you want to be there. When you read this you get stuck until you finish the book. All people will love this book.