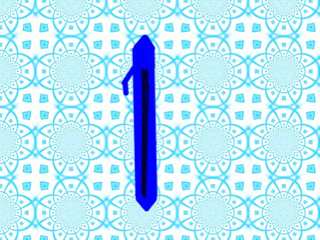 "Mrs. Granger can I borrow a frindle?" In a classroom with one evil teacher is a kid who loves to think of "brilliant" ideas. The book about Nick Allen is the beautiful book, Frindle. This book is by Andrew Clements, and the genre of this fantastic book is realistic fiction. Nick is a boy who loves to liven things up. For example in third grade, he made the classroom into a tropical beach, then asked all the kids "Who is ready for a little summer in February?" Also Nick is a huge troublemaker. This story takes place in Lincoln Elementary in a dark fifth grade classroom, and at home where it is nice and quiet. In every book there is evil. In this book the evil person is Mrs. Granger. Mrs. Granger is not a hard teacher. She is just a strict teacher who I think is madly in love with the dictionary. The frindle all started because Nick pushed a friend over the curb and she found a gold ballpoint pen and said "see you tomorrow, and make sure you bring your frindle". Then Mrs. Granger made every kid stay after school that said frindle. Soon almost all the kids had to stay after school to write this "I am writing this with a pen". The reason is Nick named a pen a frindle. A connection I have with this book is in second grade we tried making up a new word as an assignment in the library. I can't remember my word, but this book made me think about that. It was fun making a new word.

I think the theme of this story is don't be afraid to speak your mind because if you bottle it up forever you become mad. You might have a fit, and then you are really crabby. That would be a bad thing. This author writes like a kid who loves to act silly, because he adds lots voice and lots of similes. For example, he said Mrs. Granger's eyes were as gray as a cloud in the night sky. And I think the illustratoris really good too. His pictures come to life; it looks like you can touch the character's face in some of them.

I recommend this book to any kid, anywhere. I say any kid, because the book is funny, teaches new words, and it is a fantastic book to read. Thanks again Mrs. Granger for letting me borrow a Frindle!