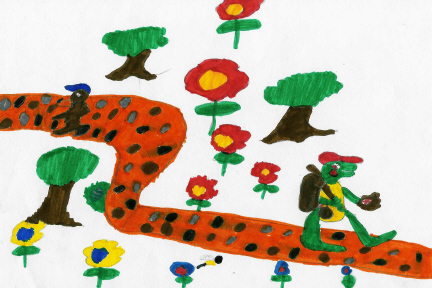 I liked this book because it taught you to try other things with your friends. Franklin wanted to play baseball but his friends wanted to play other games.

My favorite part was when they played baseball and Franklin wasn't being bossy anymore. He was happy that his friends played with him.

I liked the characters because they are animals. They remind me of kids and games that I would play with my friends. My favorite character is Franklin because he is a turtle and I like turtles.

Derek C.
is a student in
Ms. Finch's Class