The Chronicles of Narnia

The Chronicles of Narnia 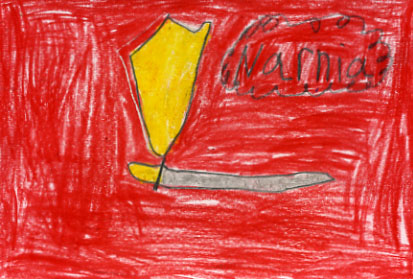 The book I read was called Narnia. In the beginning Lucy Pevensie went into the wardrobe which led her to Narnia. She met a faun named Tumnus who became her friend. Her brother Edmund tried going after her but got captured. They kept seeing Edmund all around Narnia but the person who had him was to quick for them. If Lucy, Susan, and Aslan ever did find Edmund and the kidnapper, they were prepared to fight to get him back Do you think the kidnapper will ever be discovered.

D.S.
is a student in
Mrs. Zanga's 3rd Grade Class