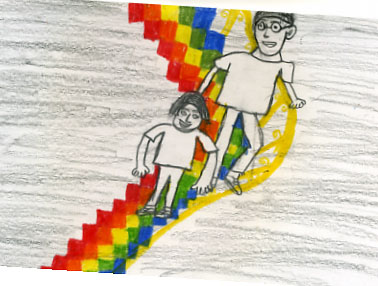 The Hidden Stairs and the Magic Carpet is a great book! In the beginning Julie, Neal, and Eric find a magical world called Droon. They meet a nice princess named Keeah. Sparr is evil and has half of Droon but he is still not satisfied. After, Sparr captures Keeah. Neal, Eric, and Julie set Keeah free on a magic carpet. The magic carpet was not with them the whole time but when they needed it there it was. Will Sparr be able to take over Droon or will they stop him?

A.Z.
is a student in
Mrs. Zanga's 3rd Grade Class