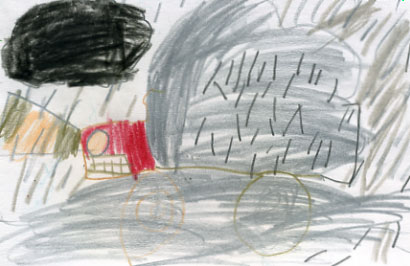 From this book I learned that blizzards are ice storms that cover the earth with blankets of snow. Blizzards happen usually between April and November and they sometimes occur as early as October, or as late as May. When they begin it is usually in areas around the north and south pole. Snow has to form in order for a blizzard to happen. In New York City on March 14, 1888 there was over 2 feet of snow in the city and more than 400 people died in the storm. Blizzards can be beautiful, but it's better and safer to stay indoors during a storm.

My favorite part is when the truck is buried in snow while the driver is driving. My favorite character is the blizzard because it does massive destruction. This story relates to my life because it could happen in the city that we live in. This story does have pictures and it does help tell the story about blizzards.

I think others should read this book because it's relaxing and teaches your brain new things.