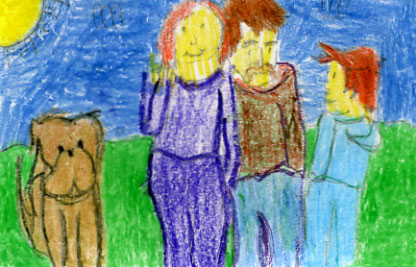 Henry's mom and dad bought Henry a dog because he didn't have any brothers, sisters or friends. The dog grew 3 feet tall and 175 pounds. They did everything together and always had fun. They went for walks together and then they lost each other. Henry went to go look for Mudge and he called his name and he didn't answer, so he went looking for him and they found each other. Mudge never went for walks by himself again.

My favorite part of the story is when they let Henry have a dog. I like that part because Henry is so happy. Henry's dad is my least favorite character because he doesn't talk very much. This story relates to my life because I have a dog just like Mudge, and his name is Brutis. The story has pictures and it gives you an idea of what the people look like.

I think others should read it because it's very good. It's funny because when Henry is asleep Mudge comes in and starts licking Henry's face.