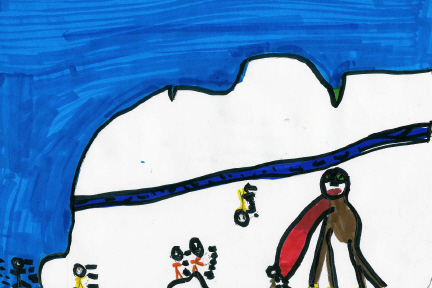 I liked this book because I thought that some parts were funny. For example when Eric and his three friends went to the park and played tag, Eric fell in the mud. When I read that part, I smiled.

Eric is my favorite character because he is funny. He tells funny jokes. Eric also does things like he cheats at soccer.

I'd recommend this book for kids ages seven and up. If you like Magic Tree House books, you would like this book.