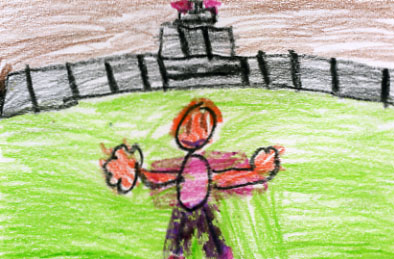 I like when George went hunting with his dogs. I like that part because I've always wanted a dog or a puppy. My least favorite person is General Howe. I don't like him because he is one of our enemies! It does relate to me because I love animals like George Washington. Yes, it has a lot of pictures, but it does not help tell the story. The pictures don't match up with the words on the pages.

I think other people should read this book because it tells about America's greatest heroes!