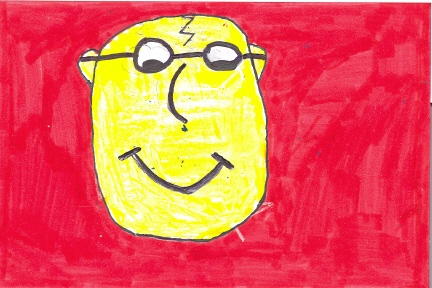 Harry Potter's parents were killed by an evil wizard named Voldemort. He lived with his uncle, aunt, and cousin who told Harry they died in a car crash. They did not want Harry to know he was a wizard. Everything changes when a giant comes and takes him away from his aunt and uncles house. Harry is accepted into Hogwart's School of Witchcraft and Wizardry. He defends himself against a giant plant. All other evil awaits him. Read about his adventures in Harry Potter and the Sorcerer's Stone.

I thought the story was great. The characters were woven well into the story. The writer is an excellent story teller. My favorite part of the book was the Quidditch game, the match between Slytherin and Grefendor (two classes at the school). Grefendor is Harry Potter's class. They won the Quidditch game. I think I am a lot like Harry Potter. I am nice, outgoing, and never give up. I found this book to be great.

I would recommend this book to students in grades 4 and up. It would also be good for anyone who loves action and adventure stories.

Sam I.
is a student in
Mrs. Hurst's 5th Grade Class