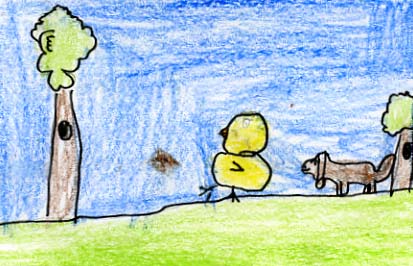 I enjoyed this book because it is about football. I also enjoyed the book because it was fun reading about animals playing football. My favorite part was when Duck popped the paper bag. It was funny because Owl told him not to do it, and he did it anyway.