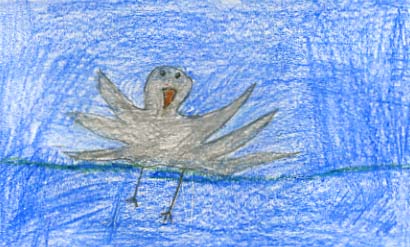 This book is about a duck that does not like to do hard work. He thinks being in charge is less work. It takes place on a farm. In the beginning, everyone on the farm gets dirty doing their chores every day. Then, Duck decides to have an election. The farm animals vote for Duck. Then Duck realizes it is no fun running a farm, or being Governor or President. At the end, Duck decides to go back home to his farm.

I enjoyed this book because it was about animals and I love animals. The animals acted like people, which made me laugh. Duck was the funniest character. He was very silly, but he did learn that he would rather be home. This book is like Giggle, Giggle, Quack because of Duck and his plans.

I would recommend this book especially to children who like ducks.Almost anyone would like it because it's so silly.