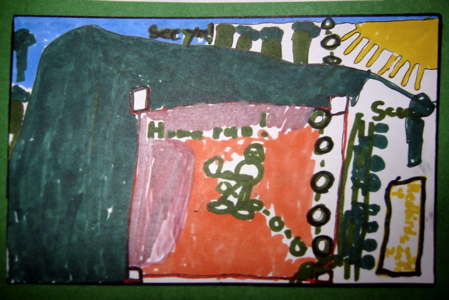 Sylvester loves baseball, but he just can?t hit the ball! He struck out every time at bat and never made a hit. Because he doesn?t keep his eye on the ball when he?s at bat and Sylvester also gets nervous when he?s at bat so he is going to be afraid to swing. So Sylvester will strike out. Sylvester also can?t field a ball. His eye is not on the ball. He cannot focus where the ball is going to land. Sylvester can?t track down the ball or it doesn?t fall into his pocket. Instead the ball goes on his tip of his glove and falls out. When baseball season is starting it is the last day for Sylvester to sign up for The Hooper Redbirds. Coach Corbin said to Sylvester, ?Are you going to sign up or not?? Sylvester keeps on thinking about that. He decides no because he can?t play so well. A guy said to Sylvester, ?Why did you lie to the guy?? Sylvester shrugged. He told Sylvester his name was George Baruth and put out his hand. Sylvester shook it. George Baruth said to Sylvester, ?I?ll have a practice after the Hooper Redbirds finish playing their practice.? The Redbirds finished their practice. Mr. Baruth helped Sylvester for another practice.

Alexander S.
is a student in
Lisa's 2nd Grade Class