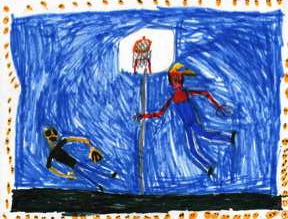 Here's a book about a girl who can beat up fifth graders! The title is The Great Gilly Hopkins. It is realistic fiction. The author is Kathryn Patterson. Gilly is 10 years old and does not get along well and has no friends because she is very rude. Gilly has to go to another foster home that is very messy because the people in it don't pick up. The plot is Gilly hates the people in her new house. She wanted to see her mother because She had been left behind. She stole stuff to get to her mom.

I recommend this book to people who like sad books. Because it's sad. And that's The Great Gilly Hopkins!!!