The Riddle of the Red Purse

The Riddle of the Red Purse 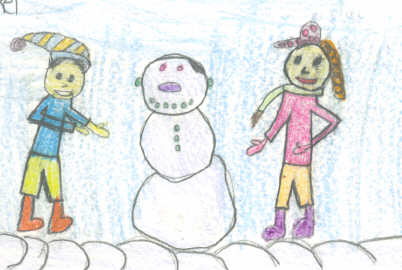 The first thing that happened is that there was a girl named Dawn Bosco and she was in Ms. Rooney ?s class. Ms. Rooney was writing on the board and Ms. Rooney was picking the jobs.

Dawn had been reading ?Polka Dot Private Eye.? She learned about solving mysteries. So Dawn and Jason found out whose purse it was. It was Jill?s purse!

My opinion is that this book is fun because the book is like a mystery. I love books that are mysteries because they are interesting. When Dawn was crossing her fingers and she wanted to be class president was my favorite part, because I knew what she felt like.

If you like mysteries then you should read this book! My recommendation is to my mom, my dad, and my brothers, because this book is fun and easy to read.