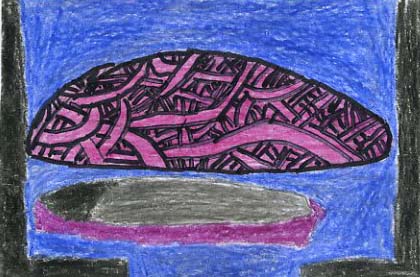 Without a trace! It has been three long years since Meg has seen her father. He went on a business trip to the White House, but never came home.

Charles Wallace, Meg's younger brother, meets three strange women named Mrs. Whatsit, Mrs. Who and Mrs. Which. When Charles takes Meg to meet them they meet someone else: Calvin. They invite Calvin to their house for dinner. When Meg and Charles are walking Calvin home after dinner, Mrs. Whatsit, Mrs. Who and Mrs. Which appear out of nowhere. Meg and Charles learn that the strange women know the secret to where their father is. But they will have to travel to different planets, fight the black thing and IT! Join Meg, Charles Wallace and Calvin on the wildest adventure of their lives.

I thought this book was fantastic. I liked it because the main characters travel to different planets. I liked picturing in my head on how the planets looked. Something unique about this book was that Meg, Charles and Calvin were able to tesser from planet to planet. Tessering is like teleporting, a way to travel through thin air. I think this would be cool if we could travel this way in real life. One character I thought was interesting was IT. IT is a giant brain that controls everybody who lives on the planet Camazotz. The same thing happens the same way at the same time everyday on Camazotz. I find this interesting, but weird. When I was reading the book, I felt like a movie was going through my head because the author's descriptions were so clear. It was easy for me to picture what was going on.

I thought this book was great and I know a lot of kids would find A Wrinkle in Time very interesting, too. I recommend this book for students from fourth grade to eighth grade. Kids who like to read books that have suspense and adventure would enjoy this book. After finishing the book, kids would probably enjoy the movie, too.

Scott B.
is a student in
Mrs. Salewski's 5th Grade through 6th Grade Class