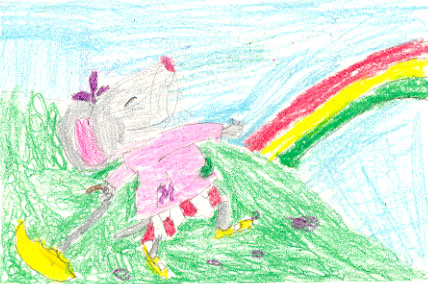 This story relates to my life because I have to go to school and the kids sometimes tease each other and some kids feel bad. I don't like it when kids are mean to each other. The pictures help tell the story because it shows the way people look when they are happy and sad.

I think that others should read this story because it teaches you to treat people the way you want them to treat you!