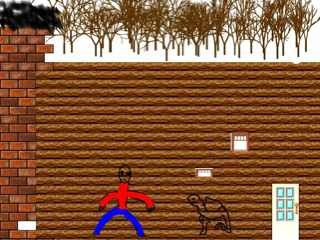 This book is about several different scary stories. In one of the stories an invisible monster attacks a man named David and his roommate. Later they learn the monster drinks blood when it attacks David again and laps up his blood. After that they go to a doctor to find a way so David won't bleed to death.

Victorian Horror Stories isn't like anything I've ever read because it has surprises and scares when you least expect it. My favorite part in all the stories is when David dumps Plaster of Paris on the monster. I just thought it was so funny. There were very few illustrations but they described a lot about the book.

I recommend this book to people who like a little scare because it has a lot of that. It is an awesome story collection.