If You Give A Pig A Pancake

If You Give A Pig A Pancake 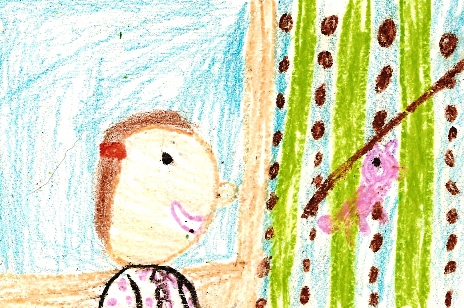 I really liked this story because it was fun to try and guess what the pig would want next. He did many crazy things, but my favorite part was where the little girl played the piano because he wanted some music and then he starts dancing with some crazy clothes on. The pictures are very funny because they show the pig doing lots of naughty things. One time he wanted to wallpaper his treehouse but he got all sticky and made a huge mess.

I think any children will like this story, but especially kindergarten and first graders.