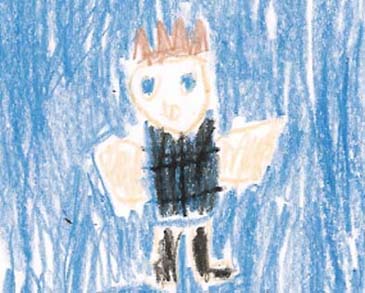 In the middle, they try finding a sword. They find the sword in the ocean. A snake tries to attack them.

In the end Annie and Jack will have a suspenseful fight with the snake and Jack is afraid of snakes. Will they get home for dinner in time? Will they survive the fight? Will they be heroic? Will they let everyone down? Find out in The Magic Tree House and Summer of the Sea Serpent.

I liked this book because in some parts it was funny and scary. I also liked it because it was cool. For example, they took the sword and killed the snake. The characters were interesting because they told all of the good things happening in the book. I have read other books by the same author. This book was different because they told you different facts about the sea serpent.

I think you should read this book if you like funny, factual, and adventurous books. For example, Jack and Annie got the sword in the ocean. Then, a snake came and Jack was afraid of snakes. This was my favorite part because it was so funny.