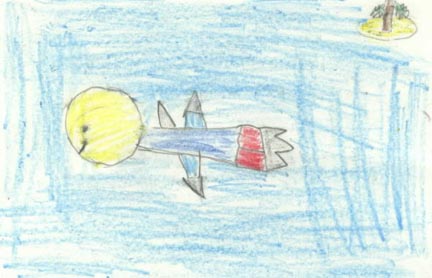 This story is about aliens, called Yeerks that are invading Earth; and the Animorphs are fighting them. Yeerks are slugs that take over other life forms by invading their brains and controlling them. The Animorps are four humans name Marco, Jake, Rachel, Cassie, and a hawk named Tobias (who was once human) and an Andalite called AX. An Andalite is an alien that has no mouth, talks by telepathy, and has four legs, two arms, and a tail like a scorpion. There are other aliens like Hork-Bajir, Geeds, and Taxxons. They also can turn into any animal they touch. They got this power from an Andalite just before he died. I hope you read Animorphs #15, The Escape.

This book is part of a series. This book is the same as the others books because they still fight the Yeerks.

You might want to read it because you might like the suspense of the book. This book made me feel suspense like I will never finish the book. It also made me think what will happen next. There was a character that changed, Marco's mom. She is now Visser One, the leader of the Yeerks and now a slave.

I recommend this book because it has things that could never happen. It's also fun to think about what will happen next. I hope you read Animorphs #15, the Escape.