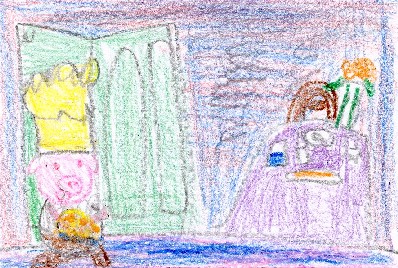 I think my little uncle should read this book because he will learn to be nice. The wolf learned his lesson not to be mean.

Joi W.
is a student in
Mrs. Bamberger's Reading Club