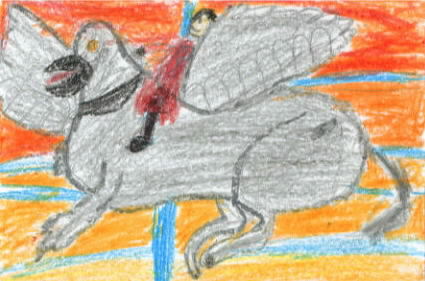 In Harry Potter's aunt and uncle's house, Harry's dreaded aunt came over. Harry then blew her up and ran away. He rode the knight bus to The Leaky Cauldron and he slept there near his friends. Then, they went to the Hogwarts Express. But on the train, he saw a dementor, soon fainted, and was saved by one of the teachers of Hogwarts. When he was at Hogwarts School of Witchcraft and Wizardry, people thought Sirius Black, Harry's godfather, was a murderer and a servant of Lord Voldemort. They were wrong when Harry found out that he was innocent. Only Harry's friends and the headmaster believed him. Then Sirius is caught! Is this the end of Sirius or will he escape?

My favorite part of the book is when Harry's Patronus took the shape of a stag. This part is great because on the other side of the lake, Harry actually saw himself, not his dad. Then he conjured the patronus which wiped out all the dementors. Then he went back to one of his friends, Hermione. This is a great scene that shows the magic of the book.