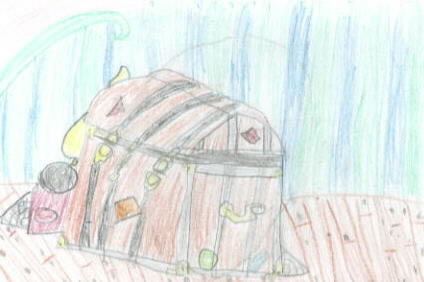 The Spiderwick Chronicles is about two brothers and one sister who move into an old house with their mother because she got a divorce. When they walked in the house they saw cobwebs and a whole lot of dust. Mallory and Simon Grace soon find a secret library. Inside, they find a little Birdhouse and Simon Grace accidentally knocked it over and broke it. After that, strange things began happening to them. Mallory's hair tied to the bed, a mess in the kitchen. Simon Grace eventually went into the attic and found a trunk. He felt around the trunk for a secret passage and found one with a cloth covered book inside. He the unwrapped it and started reading it. He read about something called a Bogart and thought a Bogart lived in the house they knocked over in the secret library. That night Jared and Simon Grace snuck up in the library and on the desk right there in front of them was a Bogart. They made him a new house and each of them put something in it. Will the Bogart like his new house?