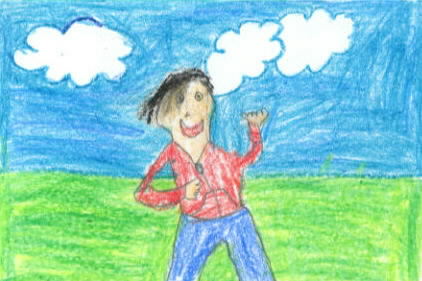 I recommend this book to others because it is exciting, funny, and has great illustrations.